If you are interested to find out the animal with the body shape of a pig, you have to check out facts about Aardvarks. This animal is also characterized with a kangaroo’s tail and rabbit like ears. However, Aardvark has nothing to do with any pig, kangaroo or even rabbit. Actually it has a close relation with the biggest mammal in the world, elephant. Check out more ideas about Aardvark in the below post:

Facts about Aardvarks 1: name of Aardvark

We should check out the origin of Aardvark’s name. Actually it is taken from the Afrikaans language from South Africa. The meaning of Aardvark is ground pig or earth pig. Some people also define the word as cape anteater, earth hogs or anteater.

Aardvarks are a type of a nocturnal animal. It means that they will gather food after the sunset comes. They will wander of the grassland to pick up food. The animal will use a long nose to find out the scent of termites.

Facts about Aardvarks 3: digging the underground

If you check out the body of Aardvarks, you can see the powerful claws and feet. They remind you with the shape of a spade. The main function of this powerful claw is to dig the burrows and find out the termites.

The favorite diet of Aardvarks is termites. Do you know that in one night, it can trap at least 50,000 termites?  It has a very long tongue at 3.5 cm. It is used to trap the termites because the tongue is very sticky. 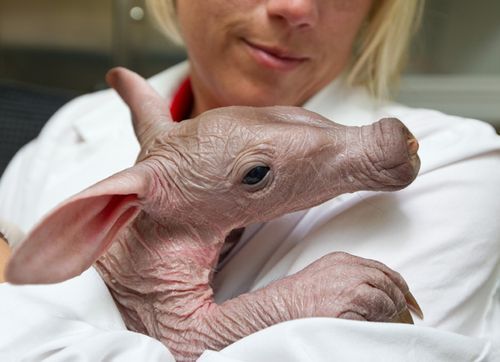 Facts about Aardvarks 5: sealing the natural

Another surprising feature on the body of Aardvarks is seen on their ability to seal the nostril.  This ability allows the animals to avoid the insects and dust affecting their snout.

There are some wild animals in the world which like to hunt and eat aardvarks. Those include hunting dogs, leopards, lions, pythons and hyenas.

Aardvark will escape from the predators by running zigzag or by hiding inside a burrow.

Facts about Aardvarks 8: the main burrow

Aardvark can have some burrows. The main one usually is very deep and extensive. The main purpose is for breeding. 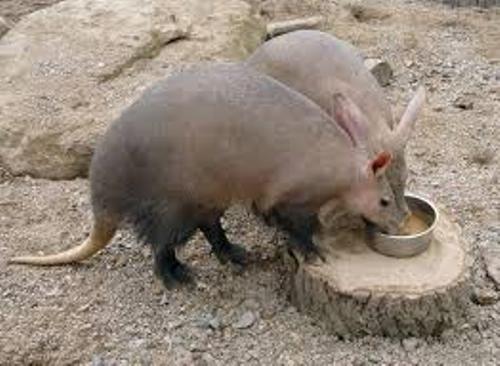 If you read the African folklore, you must be impressed that Aardvark is highly appreciated due to his lack of fear of soldier ants and smart food hunting.

Facts about Aardvarks 10: the Latin name

Can you tell me the Latin name of Aardvark? It is Orycteropus after.

Do you want to give opinion about facts about Aardvarks?

Related For 10 Facts about Aardvarks

Facts about Dwarf Hamsters explain about the smallest species of hamster. It has the biological name of Phodopus roborovskii.

Find out the genus of theropod dinosaur on Facts about Dilophosaurus. Dilophosaurus wetherilli is considered as the single species

Let me show you the interesting Facts about Caterpillars in the following post below. It is included in the

Get Facts about Animal Extinction in the following post below. We have a social change since the life of