Facts about Advertising tell you the trend of advertisement and history of advertisement. In 2010, people complained an ad in Australia which talked about erectile dysfunction. This ad was from Advanced Medical institute. It was complained because of the depiction of the wife using the erection of her husband to reach something on the top of high cupboard. Find out more advertising facts below:

When you see beverage ads, you will be impressed with the ice cubes. Actually they use the ice cubs made of acrylic. They will never melt because of the hot photo light. The bubbles are created by adding a small amount of detergent in it.

One of the main companies which relay on ads is Pharmaceutical companies. Do you know that they spend less money for research and spend more money for the ads?

The ads are not only intended for adults. Do you know that the companies have to spend 15 billion dollar in a year to create ads for children?

Facts about Advertising 4: a Disney ad

People banned a Disney ad for the film Adventureland after the ad depicted a woman showing the word “Lift My Shirt To See More” over the breast. The ad was banned in 2009. 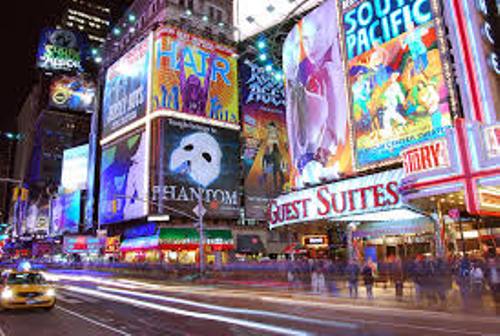 Facts about Advertising 5: children and ads

Children under eight years old always think that an ad is unbiased, accurate and true. They do not have the ability to critically understand the meaning of an ad.

One of the biggest advertisements is from the fast food companies such as cereal, burger, soda, and other types of fast food. The companies spend at least 1.6 billion dollar for advertising their products in 2006.

Facts about Advertising 7: Got Milk ads

Got Milk ads sponsored by Milk Processor Education Program only spent $67 million for their ads.

The report states that a child in American watches more than 100 ads every single day. In a year, it is estimated that they watch more than 40,000 TV ads.

Facts about Advertising 9: the first US paid ad

The record of the first US paid ad was from Boston News Letter in 1704. The ad was used to promote an estate in Oyster Bay, Long Island.

The political ad cost 2.6 billion in 2008. Do you know that Obama’s campaign cost $240 million for general election and $70 million for the primary? Get facts about accounting here.

Do you want to comment on facts about advertising?

Related For 10 Facts about Advertising

Facts about Diamond Mining tell you about a number of diamond mines in the world. More than 90 percent

Facts about Cath Kidston present the information about the famous English author, businesswoman and fashion designer. Her full name

Facts about Alan Sugar discuss the facts about the media personality, business magnate and political advisor. This man must