You are informed with famous French writer and thinker in Facts about Albert Camus. There are many popular novels that he had created. His works have been translated in English. If you want to know his famous work, personal life and family life, check out Albert Camus here.

Albert Camus was born in 1913 in Mondovi, Algeria. Mondovi is a small coastal town. His family moved to Belcourt section of Algiers after his father was killed in Battle of Marne.

Albert Camus was not from a rich family. His mother was only a cleaning woman. Her name is Catherine Helene Sintes-Camus. She was partially deaf and an illiterate woman. His grandmother was Madame Sintes. Both raised him in poverty.

Albert Camus was a very great student  in his school. Even though he was very poor, he could attend high school after winning a scholarship.

Albert Camus loved to play soccer.  He had to stay away from soccer when he was 17 years due to the tuberculosis. 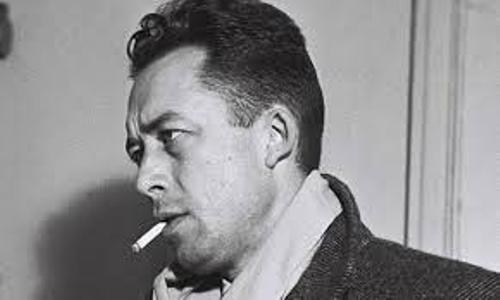 When Camus was 21 years old, he married a daughter of a rich ophthalmologist, Simone Hie in 1934. The marriage only last for two years. His wife was a morphine addict. But then he wedded Francine Faure. She was a mathematician and pianist. Both had a twin, Catherine and Jane in 1945. However, Camus was involved with various affairs. One of the famous affairs was with Maria Casares.

Facts about Albert Camus 6: The Wrong Side and the Right Side

When Camus was 24 years old, The Wrong Side and the Right Side was published in 1937.  It was his first book, an essay collection. Get facts about Alex Paton to know another great writer.

A Happy Death was a novel that he had completed, but it was not published when he was alive.

Most people decide to sit down when they are writing. But Camus was very unique. He preferred to stand when he wrote a book. Other writers who did the same thing include Virginia Woolf, Vladimir Nabokov and Ernest Hemingway. Check Alan Gibbons facts to know a famous writer.

Facts about Albert Camus 9: The Stranger

If you want to enjoy a story of an ordinary man named Mersault, you need to check The Stranger from Camus.  In 1942, The Stranger was published.  In 1943, it was translated into English.

The Stranger was very popular. It was created into a movie twice.

Do you have question on facts about Albert Camus?

Related For 10 Facts about Albert Camus

Find out the interesting Facts about Catherine Forde in the below explanation. Forde is famous as writer for various

Facts about Chris Priestley give the interesting facts about the author who writes the books for children. He comes

Facts about Alice Walker talk about the famous American activist and writer.  Her famous book is The Color Purple