You will be informed with the famous Scottish politician by reading Facts about Alex Salmond. For more than 20 years, this man has been the leader of SNP or Scottish National Party. In 1990 till 2000 and in 2004 till 2014, he served the office for two terms. Check out more facts about this man below:

Alex Salmond was born with the full name Alexander Elliot Anderson Salmond on 31 December 1954. He was famous as the fourth First Minister in Scotland in 2007 till 2014.

Can you guess the place of birth of Alex Salmond? He was born in Linlithgow, West Lothian, and Scotland at his parents’ home located at 101 Preston Road.

Let’s talk about the parents of Alex Salmond. There are four children in the family and he is the second child. His mother is Mary Stewart Salmond and his father is Robert Fyfe Findlay Salmond.  They were civil servants.

Before his father worked as a civil servant, he was in the Royal Navy during the World War II. Before that, he worked as an electrician.  Since the mid-18th century, the family lived in Linlithgow. 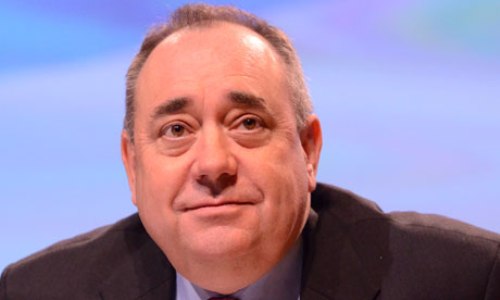 Alex Salmond was involved in Politics since in 1999. He became the MSP for Banff and Buchan until 2001.  2007, he was in MSP or Member of Scottish Parliament for Aberdeenshire East.

He was also Member of Parliament for Banff and Buchan in the House of Common of UK in 1987 till 2010.

Alex Salmond was the leader of SNP. In 2000, he decided to resign and did not involve with a re-election process in Scottish Parliament. But it was very surprising to know that in 2001 general election, he could get a Westminster seat.

In 2004, Alex was elected as the leader of SNP again. In 2005 general election, he could retain his Banff and Buchan seat again.

SNP became the largest single party after Alex Salmond could defeat the current MSP. Actually this man had stated his intention to compete in 2007 Scottish Parliament election in 2006. He was very successful to do it. Get facts about Abraham Lincoln here.

Facts about Alex Salmond 10: as the First Minister

On 16 May 2007, the Scottish Parliament voted him as the First Minister. He got a supply support from Scottish Green party at that time.

What do you think on facts about Alex Salmond?

Related For 10 Facts about Alex Salmond

Facts about British Parliament inform you with parliament in United Kingdom. People often call it as UK parliament. The

Look at the following post below if you want to know facts about Cuba’s Government. When people talk about

Facts about Benjamin Disraeli talk about the first Earl of Beaconsfield. He was born on 21 December 1804 and

10 Facts about Chester A Arthur