Ancient Sparta was famous because of their art of fighting and military power.  The Spartans were considered as the best armies in ancient Greek.

Battle of Thermopylae was a famous battle between Sparta and Persians. Before the Persians were defeated, the Spartans had to kill a lot of Persians.  The leader of the Spartan was King Leonidas. He took 300 Spartan warriors and 1000 soldiers to attack the Persians.

Sparta was the commander of all Greek armies during the Greco-Persian wars. It was the famous series of wars between the Persians and Greeks. Get facts about ancient Persia here.

It was very unusual to know that there were two kings who ruled the kingdom of Sparta. One king was from Eurypontid family. Another king was from Agiad family.

Facts about Ancient Sparta 6: the inhabitants

There were several social groups which made up the inhabitants of Sparta. The citizens of Sparta were called Spartiates. The slaves from Messenia and Lakonia were Helots. The Freed slaves were Periokoi. The non Spartan fee men were Mothakes. 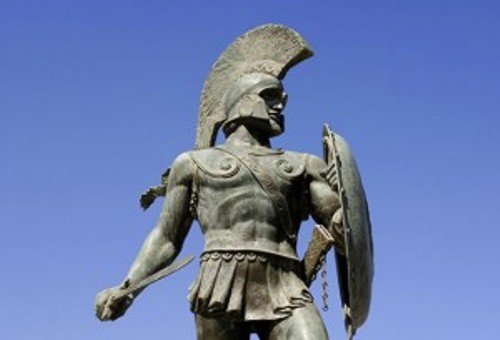 Facts about Ancient Sparta 7: the focus of life

The people in Sparta focused their life to maintain the military supremacy. They wanted to produce the brave and great warriors.

When the babies of Sparta were born, they would be bathed in wine. If the babies were weak, they will be killed by throwing them off Mount Taygetos.

When the boys were at the age of 7, they would receive the military training.

Are you inspired with facts about ancient Sparta?

Related For 10 Facts about Ancient Sparta

Check the information about the anti imperialist uprising in Facts about Boxer Rebellion. This act is also called as

Facts about Boston Tea Party tell you about the political protest which took place on 16 December 1773. The

If you want to know the influence of United States in other countries in term of culture, military and

Facts about Druids will tell the readers about a member of the professional and educated class in Iron Age.

8 Facts about Battle of Stalingrad