Facts about Baisakhi tell you about the harvest festival conducted in Punjab region. This festival is often called Baisakhi or Vaisakhi. During this day, the people also celebrate Mesha Sankranti and Khalsa Sirjana Divas festival. Get more facts about it below:

Facts about Baisakhi 1: the change of calendar

Due to the changes in the calendar, Baisakhi is celebrated on 13 or 14 April. Actually the day is used to symbolize the spring equinox. It usually takes place around March 21.

The Sikh community considers Baisakhi as an important festival. It marks the presence of Khalsa Sirjana Divas. In the Nanakshahi calendar, it occurs on the 1st day of Baisakhi.

Mesha Sankranti is considered as the first solar month in Vaisakha. Sometimes, Baisakhi takes place on the day. The people who use the luni solar calendar will know that it is the beginning of the solar New Year in various parts of the Indian sub continents.

This festival of harvest sometimes also overlaps with other New Year festivals. The Tamil New Year called Bohag Bihu of Assam or Puthandu and the Bengali New Year called Pohela Boishakh sometimes are celebrated on the first day of Baisakhi.

As I have stated before, Baisakhi is called as the Punjabi harvest festival. But it is also used to mark the new year of Punjabi people. The Punjabi villages will conduct various fairs for this event. Get facts about Ash Wednesday here.

Facts about Baisakhi 6: the meaning of Baisakhi

Baisakhi is also recognized by the farmers as the Thanksgiving Day. They pay tribute to the god due to the abundant harvest that they receive from the farm. This day is also a good day for the farmers to pray to God for the future wealth. 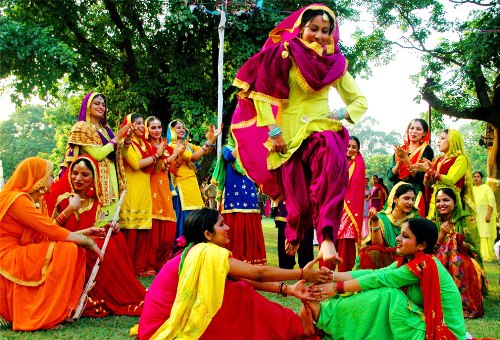 Facts about Baisakhi 7: the places which celebrate Baisakhi

Facts about Baisakhi 9: the Gurdwara

Before the dawn, the Sikh will bring flowers and offerings to attend the gurdwara. Get facts about Australia Day here.

Facts about Baisakhi 10: Baisakhi in other countries

There is parade used to celebrate Baisakhi in United States. The local Sikh also gives free food and plays the spiritual music.

Do you enjoy reading facts about Baisakhi?

Related For 10 Facts about Baisakhi

Facts about Columbus Day talk about the national holidays in several countries in America. The purpose of the celebration

One of the important religious holidays in the world is explained on facts about Diwali. Have you ever watched

Let’s find out Facts about April Fool’s Day in the following post.  Many people in the world celebrate this

Find out the celebration of the storming of Bastille in Paris, France in Facts about Bastille Day.  It was

10 Facts about Carnival in Brazil