Facts about Bath England tell you about the city in Somerset. It is around 12 miles from the south east of Bristol and 156 kilometer west of London. Bath is included in South West England. The city was inhabited by 88,859 people based on the data in 2011. In 1974, Bath was a part of Avon. In 1996, Avon was eliminated. Therefore, Bath was appointed as the center of Bath and North East Somerset. Find out more interesting facts about Bath England.

In 1987, Bath was included in a World Heritage Site. The location of this city was in the valley of River Avon. The city is famous with its Aquae Sulis. The Romans constructed the bath and temple circa 60. Get facts about Aquae Sulis here.

In 7th century, Bath Abbey was constructed. It was called as the religious center. In 12th and 16th this bat was reconstructed.

During the Georgian era, Bath was the popular spa town. There is no need to wonder that there are many Georgian building and architecture seen in Bath.  You can check it in Pump Room, Royal Crescent, Assembly Rooms and Circus. John Wood, the Elder was the main person who laid the squares and streets in Bath.

Jane Austen was one of the famous female writers in the world who created The Pride and Prejudice. In the beginning of 19th century, she lived in Bath.

Facts about Bath England 5: the major center of tourism

Bath is one of the main tourism centers in England because it contains the bath space, sporting venues, city theatres, cultural buildings and museums. Each year, the city is visited by 3.8 million people.

Facts about Bath England 6: the museums

If you are interested to learn about history, you can visit some interesting museums in Bath England. you can go to Victoria Art Gallery, Museum of East Asian Art, Museum of Bath Architecture, and Holburne Museum.

The umbrella for all Bath sport teams in the university is called TeamBath. The famous sporting clubs in the city include Bath City F.C. and Bath Rugby.

Facts about Bath England 8: the university

Bath is a home of two universities. Both are Bath Spa University and University of Bath. 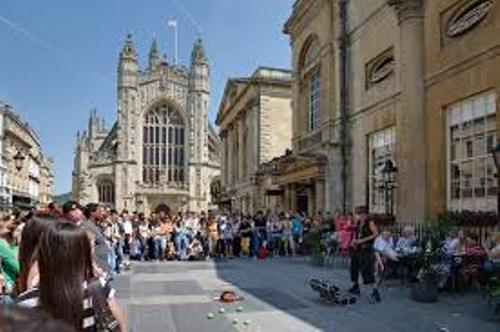 The manufacturing sector has been declined today. The source of economy includes service-oriented industries, publishing and software. Find out another town in facts about Bangkok Thailand.

The economic sectors also lay on the professional and business services, retail, leisure and tourism.

Related For 10 Facts about Bath England

If you want to know the interesting information about a major city in Texas, look at Facts about Dallas

Facts about Cincinnati tell you about the city located in Hamilton County, Ohio, US. In United States, Cincinnati is

The largest city and capital of Hungary is explained in Facts about Budapest. Budapest is called the center of