The explanation about the well known African American author and journalist can be seen in Facts about Carter G Woodson. He was born on 19 December 1875 and died on 3 April 1950. People recognize him as one of the first scholars who study the African American history. Moreover, people also know him due to his establishment on the Association for the Study of African American Life and History. Check other interesting facts about Woodson below:

The father of the black history is always applied on Woodson.  In 1915, he established the Journal of Negro History. 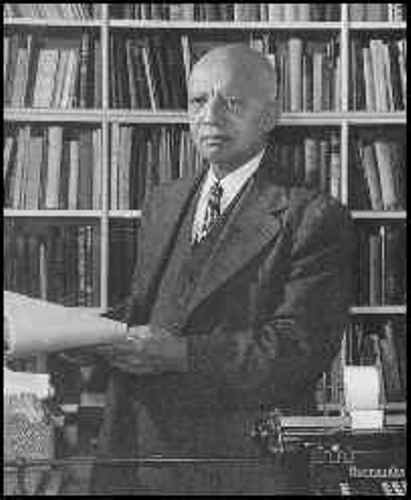 Facts about Carter G Woodson 3: the place of birth

Woodson was born on 19 December 1875 in Buckingham County, Virginia. His parents were James and Eliza Riddle Woodson. Both were the former slaves.

Facts about Carter G Woodson 4: the life of Woodson’s father

During the American civil war, his father fought at the side of Union army. When he heard that there was a high school for black people, he decided to move his family to West Virginia.

Woodson was not from a rich family since his parents were former slaves. There is no need to wonder that he was not able to attend school. However, he was able to master important school subjects when he was 17 years old through self learning and instruction. Find facts about black slavery in America here.

Woodson got his diploma after he attended Douglass High School for two years in 1895. At that time, Woodson was 20 years old.

Woodson also has a teaching career in 1897 until 1900 in Fayette County. He was appointed as the principal at Douglass High School in 1900.

In 1901 until 1903, Woodson had part time classes. In 1903, he graduated from Berea College in Kentucky with a Bachelor of Literature degree. Get facts about black slavery here.

In 1912, Woodson got his PhD from Harvard University. He took history. He was the second black person who got a doctoral degree after W.E.B Du Bois.

Are you impressed after reading facts about Carter G Woodson?

Let’s find out the South African writer for children’s books in Facts about Beverley Naidoo. If you check the

Facts about CS Lewis bring the information about a poet, novelist and literary critic from Britain. He was born

Facts about August Wilson present the ideas about the famous the American playwright. Do you know that Wilson earned

Facts about Alexandre Dumas elaborate the ideas about the famous French writer. His birth name is Dumas Davy de