Facts about Chile inform you about the South American country. The land of the country is located between the Pacific Ocean to the west and Andes to the east. The official name of the country is Republic of Chile. The countries which share borders with Chile include Argentina, Bolivia and Peru. Let’s find out other interesting facts about Chile in the following post below:

The northern Chile has Atacama Desert. Copper is considered as the great mineral sources. The desert is very arid and hot.

Facts about Chile 2: the southern Chile

You can find lakes, volcanoes, grazing lands and forests in Southern Chile. You can spot canals, inlets, fjords, islands, and peninsulas located at the southern coast. 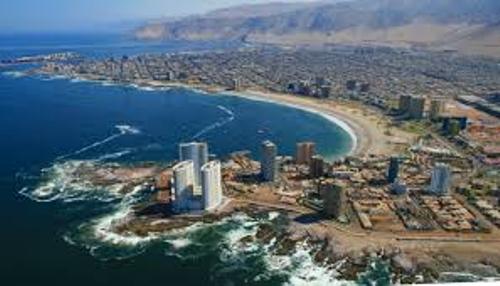 Facts about Chile 4: the independence

In 1818, the declaration of independence was conducted by Chile from Spain. Then it became a stable authoritarian republic in 1830s.

Today, Chile is considered as one of the wealthy and stable countries in South America. The ranking of the income per capita, competitiveness, human development, economic freedom and peace is great.

Facts about Chile 6: a founding member

There are several organizations in which Chile becomes the founding member. Those include Community of Latin American and Caribbean States, Union of South American Nations and United Nations.

Facts about Chile 7: the influence

Facts about Chile 8: the musical styles

There are various musical styles that you can find in Chile. You can spot the classical, popular and folkloric music. Cueca is considered as the national dance in the country. Tonada is the famous traditional song in Chile. Margot Loyola is the famous folk singer in Chile.

The topography of Chile affects the types of cuisines in the country. The Chilean people use vegetables, fruits, beef and vegetables. Some interesting traditional cuisines in Chile include sopaipillas, pastel de papas, pastel de choclo, empanadas and cazuela. Get facts about Cape Verde here.

The Amerindian and Spanish elements can be found on the folklore of Chile.

What do you think on facts about Chile?

Related For 10 Facts about Chile

Find the country which has the official name of Kingdom of Bhutan in Facts about Bhutan. The country is

Facts about Costa Rica talk about a country in Central America. The official name of country is Republic of

If you want to know with one of the countries located in the Indian Ocean, check Facts about Comoros.