Look at Facts about Dan Howell if you want to know the prominent radio personality and video blogger from Britain. He was born on 11 June 1991. His full name is Daniel James Howell. He is called Dan. He earns more than 5 million subscribers in danisnotonfire. It is the YouTube channel of Howell. In January 2013 until August 2014, Howell and Phil Lester presented Sunday night entertainment show on BBC Radio 1. Internet Takeover has been hosted by Howell since September 2014. Check other facts about Howell below:

Facts about Dan Howell 1: the birthplace

The birthplace of Howell was in Wokingham, Berkshire. He also spent the childhood time here.

When Howell was 16 years old, he took a job in Focus DIY. It was a retail chain. Then he worked at Asda supermarket before he began making a YouTube channel.

In 2010, Howell decided to study law by enrolling at University of Manchester. However, he decided to leave his education and pursued his career as a video blogger.

Facts about Dan Howell 4: the place of living now

Now he relocates in London. Phil Lester is a best friend of Howell. Both are Youtubers.

On 16th October 2009, “HELLO INTERNET” was uploaded by Howell on YouTube. It is considered as the first video that Howell made. Phil Lester and other friends of Howell encouraged him to continue uploading other videos on YouTube.

Danisnotinteresting is the second channel of Howell.  As of November 2015, this channel has 27.8 million views and one million subscribers.

Howell and Lester participated in “Stickaid” in 2010 and 2011. The function of this internet broadcast was to encourage the people to make donation to UNICEF.

Rhett and Link organized a “SuperNote” competition in YouTube. Howell became the winner in 2012. Look at facts about Cameron Boyce here.

Benjamin Cook created Becoming YouTube. It is a weekly video series which talks about the life an internet celebrity. Howell was seen in the video. Find facts about celebrities here.

In The Huffington Post, Howell created a blog where he talked about the process of making the videos. 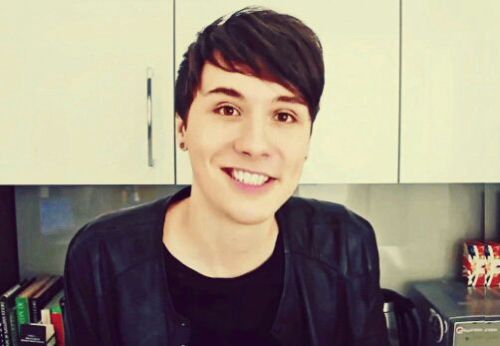 Are you inspired after reading facts about Dan Howell?

Related For 10 Facts about Dan Howell

Facts about Edward VII inform the readers with the King of United Kingdom. He was born Albert Edward on

Let me show you the interesting information about the famous American inventor on Facts about Cyrus McCormick. He was

Facts about Captain John Smith present the information about the English explorer, soldier and author. He served as the

Facts about Calamity Jane talk about the American scout and frontier woman. She was born on 1 May 1852