Let me show you the interesting Facts about Denis Diderot in the following post below.  He was known as a writer, art critic and philosopher from France. He was born on 5th October 1713 and died on 31st July 1784. Here are the other facts about Diderot to notice:

Encyclopédie was co founded by Diderot and Jean le Rond d’Alembert. He also served as the contributor and editor. Diderot was a central figure during the Enlightenment Era.

Diderot’s contributions to the Encyclopédie as well as his plays defined his literary reputation when he was alive. Look at facts about David Klass here.

The prominent works of Diderot included D’Alembert’s Dream, Rameau’s Nephew and Jacques the Fatalist were published after he died.

The birthplace of Diderot was located in Langres, Champagne. He was enrolled at a Jesuit college in Langres to start his formal education.

His mother was Angélique Vigneron, while his father was Didier Diderot. Didier worked as a cutler. Denis had five siblings, but only three of them survived the adulthood. He admired Denise, his sister. He often dubbed her a female Socrates.

Facts about Denis Diderot 6: a Master of Arts degree

Diderot had his Master of Art degree in philosophy in 1732. Then he went to Collège d’Harcourt in Paris. Diderot studied law there. However, he wanted to become a writer and forgot about the law.

Facts about Denis Diderot 7: the relationship with his father

Diderot developed a turmoil relationship with his father. He was alienated when he refused to attend one of the learned professions.

The relationship with his father turned sour again after he decided to marry Antoinette Champion. His father did not like the marriage due to the fatherless status, lack of dowry, poor education and low social class of Champion.

Diderot decided to sell his library when he wanted to provide a dowry for his daughter. The buyer was Empress Catherine II of Russia. Diderot was paid with a yearly salary after he was appointed to act the librarian for the empress while he kept the books in Paris. 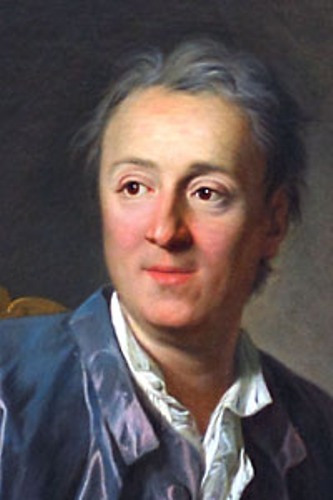 Do you have any comment on facts about Denis Diderot?

Related For 10 Facts about Denis Diderot

Facts about Annie Dillard talk about the American author. She was born on 30th April 1945. She creates the

Find out the famous American poet and author in Facts about Bret Harte. Harte was born on 25 August

Facts about Daisy Bates will tell you about the notable American civil right activist. She was born on 11th

Facts about Anne Schraff tell you about the famous full writer who created the Bluford Series. Before she became