Here are several things to notice on facts about Derek Landy. The world recognizes him as an author and screenwriter from Ireland. He was born on 23rd October 1974. He is the writer of a popular series of young adult’s books with the title Skulduggery Pleasant. There are two screenplays of Landy made into movies. Find out other interesting facts about Landy in the below post.

Facts about Derek Landy 1: the famous screenplays of Landy

As I have stated before, Landy had two screenplays adapted into movies. The first one was Dead Bodies which earned IFTA award. Another screenplay was Boy Eats Girls. It earned an IFTA nomination. Samantha Mumba was the actress in the movie.

Facts about Derek Landy 2: the nomination for Landy

Due to his work, Landy got a nomination for Best Script of IFTA.

Landy decided to write Skulduggery Pleasant since he was tired of the collaborative process of making films.

The publishing rights for his series were bought by Harper Collins with the worth of £1.8 million. The series consists of nine books.

The rights for movie adaptation of Skulduggery Pleasant series were bought by Warner Bros. with the price of US$1 million. He signed the deal with the top notched film production in 2007.

Facts about Derek Landy 6: buying the rights back

Landy decided to purchase the rights for the movie adaptation back since he was not happy with the result of the script. Actually he adapted the movie himself. 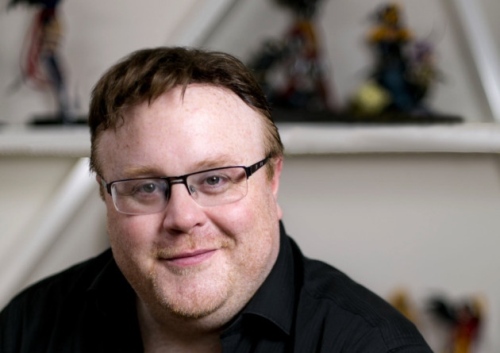 Landy stated that Doctor Who and Gilmore Girls are some of his favorite series. He is also a fan of Joss Whedon who creates Buffy the Vampire Slayer. His Dark Materials series is also another work that he likes. The series was made by Philip Pullman. Check facts about Daisy Bates here.

Facts about Derek Landy 8: the 50th anniversary of Doctor Who

When Doctor Who celebrated its 50th anniversary, Landy wrote a short story for the short story collection. He was inspired from the 10th Doctor of Doctor Who. The title was The Mystery of the Haunted Cottage.

If you are bored reading Skulduggery Pleasant, read at Demon Road series by Landy.

His parents own a vegetable farm. Landy worked there before he had a contract with HarperCollins. Find facts about Denis Diderot here.

Do you enjoy reading facts about Derek Landy?

Related For 10 Facts about Derek Landy

Facts about Agatha Christie discuss the works and life of the famous author. Her book is best seller. People

Find out the information about a British author on Facts about David Almond. He was born on 15th May

Facts about Allan Ahlberg talk about the famous author who was born on 5 June 1938.   He always cooperated

Facts about Alan Gibbons talk about the famous English writer of children’s books. He was born on 14 August