Facts about Dolls present the information about a model of a human being. The children love a doll for it is a nice toy. Talking about the history of dolls, they were associated with religious and magic rituals. The wood and clay are the major materials used to create the traditional dolls in Europe, Africa, Asia and America. Check the interesting facts about dolls in the below post:

Facts about Dolls 2: the functions of dolls

The dolls are often functioned as ornate art, simple plaything and crude.

Facts about Dolls 3: the modern dolls

In 15th century, the first manufacturing of dolls was originated in Germany.  At that time, the mass production of new materials of plastic and porcelain marked the development of doll industry. They were considered as the popular collectibles in 20th century.

Facts about Dolls 4: the materials

The materials like leather, bone, wax, ivory, wood, stone and clay were the common materials to produce dolls.

In 21st century BC, the discovery of the wooden paddle dolls took place in the Egyptian tombs.  The dolls evolved from time to time. The clay was used to create the Greek doll, which could move at the shoulder and hip. In 200 BC, the doll featured the removable clothes and moveable limbs.

Facts about Dolls 6: the function of dolls in ancient Greece

The little girls functioned the dolls as a plaything in 100 AD in ancient Greece. The children in ancient Rome also liked to play with dolls. They would follow the latest fashion to dress up the dolls. 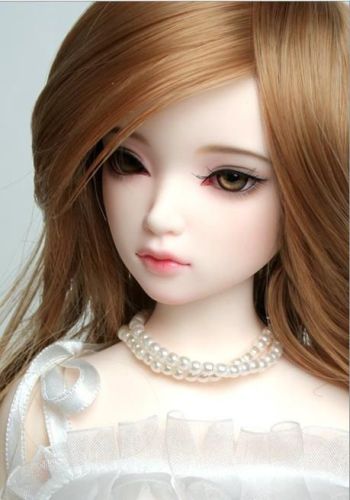 Facts about Dolls 7: the rag dolls

Rag doll is considered as one of the traditional dolls in the world. In 300 BC, the dolls were made in ancient Rome. They were made of the spare craps of clothes.

The famous doll from African culture is Akuaba dolls. The doll is from Ghana and other nearby regions.  They are considered as the wooden ritual fertility dolls. Check facts about Disney Movies here.

Facts about Dolls 9: the appearance of Akuaba dolls

Have you ever seen Akuaba dolls before? Then have disc shaped head for the best-known ones. Look at facts about Disney Princesses here.

The famous dolls from Japan are the hina dolls. They will be displayed during the doll festival called Hinamatsuri.

Related For 10 Facts about Dolls

10 Facts about Doctor Who

Facts about Doctor Who talk about the famous science fiction TV program in Britain. Since 1963, it has been

Facts about Bollywood talk about the Hindi language film industry. The base is located in Mumbai, India. Bollywood gives

Facts about David Attenborough tell you about the English naturalist and broadcaster. He was born on 8th May 1926.

Let me show you another American police procedural drama TV series on Facts about Criminal Minds. The premiere of

10 Facts about Black and White Movi