Facts about Echosmith inform us with an American indie pop band.  The band was founded in Chino, California in February 2009. The current members of Echosmith are Noah, Sydney and Graham Sierota. During the early years, the band consisted of four siblings. In the late 2016, James, the eldest sibling departed from the band. In May 2012, Warner Bros. Records signed the band.

Facts about Echosmith 1: the hit song

If you are a fan of Echosmith, You must know their hit song. “Cool Kids” is the notable one. In United States, the sales reached 1,200,000 copies. Thus, RIAA certified it double platinum. On the Billboard Hot 100, it took no.13. In Australia, ARIA certified it doubled platinum too.

“Cool Kids” had been downloaded for around 1.3 million copies. In 2014, the song is placed at the fifth spot of the biggest selling digital song of Warner Bros. Records.

Facts about Echosmith 3: the debut album

On 8 October 2013, Echosmith released their first album under the title Talking Dreams.

Facts about Echosmith 4: the childhood background

During their childhood period, the members of the band had already mastered a number of musical instruments. Look at facts about Duke of Ellington here. 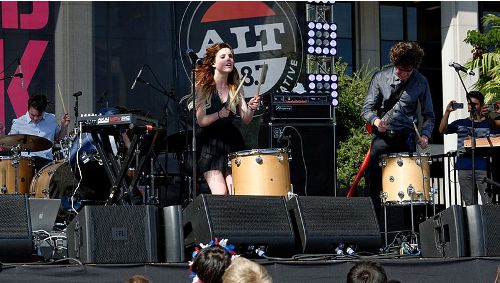 Echosmith cited some influential artists, which encouraged and inspired them. They include The Killers, Echo & the Bunnymen, Coldplay, U2, The Smiths, Fleetwood Mac and Joy Division.

Facts about Echosmith 6: the members

Sydney serves as the lead vocalist. She also plays keyboards and tambourine.  She is the only woman in Echosmith. The drummer is Graham, the youngest sibling. Jamie was a guitarist and singer in the band. The bass is at the hand of Noah. He also provides his voice for backing vocal.

A number of cover songs have been made by Echosmith. They include “Princess of China” by Coldplay and Rihanna, “Set Fire to the Rain” by Adele, and “Lights” by Ellie Goulding. Check facts about Dubstep here.

Jeffery David is the father of Echosmith’s members. He also serves as the songwriter and producer. 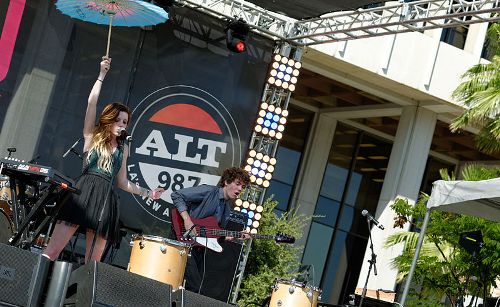 Facts about Echosmith 9: a holiday track

On 3rd December 2013, “I Heard the Bells on Christmas Day” was released by Echosmith as the holiday track.

Echosmith’s former member is Jamie Sierota who takes a break from the band for he wants to focus on his new baby.

Do you enjoy reading facts about Echosmith?

Related For 10 Facts about Echosmith

Facts about Classical Music tell you about the classical period which spans between the baroque and romantic periods. In

Have you ever read Facts about Edith Piaf?  She was known as a notable cabaret singer from France. Piaf

Facts about Bagpipes tell you about one of the famous traditional musical instruments in the world. Actually it was

Facts about Bollywood Music talk about an important part of Bollywood movies besides dancing. The Hindi film songs are