Facts about Baking Soda present the information about the sodium bicarbonate. This chemical compound is called sodium hydrogen carbonate based on the IUPAC name. The formula of baking soda is NaHCO3. If you buy this compound in the store, you can have it in a fine powder, but actually this crystalline is available in white solid.  The baking soda is a bit similar with sodium carbonate or washing soda because it has salty alkaline taste. Here are the interesting facts about baking soda:

The European Union includes baking soda as one of the food additives.  The initial for sodium bicarbonate is E500. Actually baking soda is not a new agent. It has been around more many years. Therefore, it has various names such as bread sofa, bicarbonate soda and cooking soda.

Nicolas Leblanc was the French chemist who generated sodium carbonate called as soda ash in 1791.

The first factory which manufactured baking soda was established by John Dwight and Austin Church in 1846. Both were two New York bakers who created the baking soda from carbon dioxide and sodium carbonate. It was known as saleratus. The main function was for preventing the freshly caught fish from spoiling. Therefore, this item was very popular in commercial fishing in 1800s. 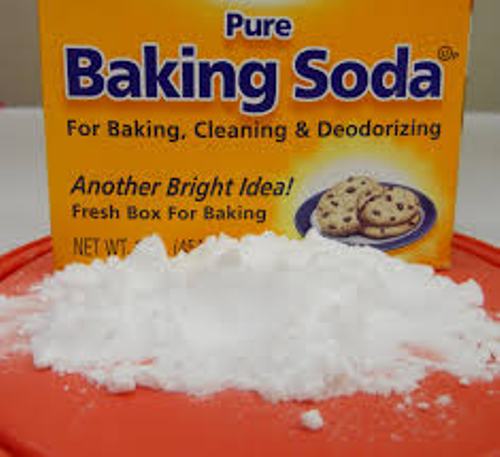 Baking soda is also used as a leavening agent. The baked goods such as pancakes, quick breads, cakes, fried foods, soda bread, cookies and other breads will be lighter and softer when it is mixed with baking soda. The carbon dioxide will be released since baking soda reacts with acidic component. Find out facts about American food here.

The reaction of baking soda with acidic compounds will occur if the dough is mixed with lemon juice, phosphates, buttermilk, yogurt, vinegar, cocoa, vinegar, and cream of tartar.

If you decide to bake, but you are running out of baking soda, you can substitute it with baking powder. It can also give you enough acid reagents.

In the past, people often used baking soda to cook vegetables. It made the veggies softer. However, this cooking method is very old fashioned and is not used today. People want to have firmer veggies. Find out facts about bagels here.

Related For 8 Facts about Baking Soda

Facts about Bagels talk about one of the famous types of bread products. Actually it was originated in Poland.

If you want to know more about the famous smoked dried jalapeno, check Facts about Chipotle. The word chipotle

Facts about Apricot tell you about the small juicy fruit. The shape of apricot reminds you with small peaches.