Facts about Austin Texas 1: the development in Austin

In 2000 to 2006, Austin took the record as the third fastest growing large city in the United States.  It also takes the record as the second largest state capital in the country. The first one is taken by Phoenix, Arizona.

Facts about Austin Texas 2: the population

The US census Bureau estimated that Austin was inhabited by 885,400 people based on the data taken on 1st July 2013. 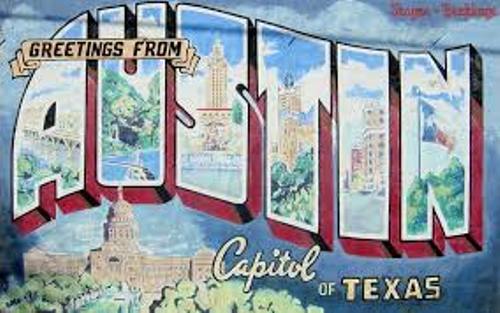 Facts about Austin Texas 3: the name

The name Austin attached to this city was taken from the name of the Father of Texas, Stephen F. Austin. He was the first secretary of the state.

Facts about Austin Texas 4: the growth of the city

In 19th century, Austin grew rapidly.   The establishment of University of Texas and Texas State Capital made it as the center of education and government.

Austin became the center of business and technology in 1980s. There are several companies with the regional offices or bases in Austin such as Cisco, eBay, Google, Micro Devices, Apple Inc., Whole Foods Market, Oracle Corporation, 3M, Intel, Advanced IMB and many more.

If you want to call the residents who live in Austin, use the term Austinites. These people include the domestic and foreign college students, blue collar workers, high tech workers, business people, government employees and many more. Get Athens facts here.

“Silicon Hills” nickname has been adapted to the city in 1990s because the city is considered as the center of many technology companies.

Can you tell me the current slogan of Austin now? It is badged as The Live Music Capital of the World. This city has a lot of live music venues.

“Violet Crown” was the famous nickname of Austin in 1800s due to the violet glow after the sunset on the hills. Find out another city in Auckland facts.

In 2012, Austin was ranked as the second safest major city in US by FBI.

Do you have any comment on facts about Austin Texas?

Related For 10 Facts about Austin Texas

The capital state of North Dakota is explained in Facts about Bismarck. The first most populous city in North

One of the primary cities in United States is explained on Facts about Colorado Springs. In Colorado, United States,

Get the wonderful Facts about Dehradun by reading the whole post below. Dehradun is one of the notable cities