Facts about Edmund Randolph tell us about the American attorney who served as the first Attorney General of United States. He was born on 10th August 1753 and died on 12 September 1813. His full name is Edmund Jennings Randolph. The important position that he held during his life included the 7th Governor of Virginia and 2nd Secretary of State. Edmund was from the prominent Randolph family who lived in Colony of Virginia in Williamsburg. If you are curious to know more about Edmund Randolph, check the below post:

Randolph attended College of William and Mary during his early years. His father was John Randolph, while Peyton Randolph was his uncle who taught him on how to read law.

His father was a loyalist during the American Revolution in 1775. He decided to come back to Great Britain. On the other hand, Edmund was an aide-de-camp for Washington in the continental army.

Facts about Edmund Randolph 3: the death of his uncle

In October 1775, Peyton Randolph passed away. He became the executor of the state by coming back to Virginia.  He represented the Fourth Virginia Convention. Then he took higher post as mayor Williamsburg. In the newly formed government of United States, Randolph served as the attorney general.

On 29th August 1776, Randolph and Elizabeth Nicholas married. His father-in-law was Robert C. Nicholas. Peyton Randolph was his son who served as the Governor of Virginia in 1811 until 1812. Check facts about Edouard Manet here.

Facts about Edmund Randolph 5: as a delegate

He became a delegate, which represented Virginia during 1779 Continental Congress. During the period, Randolph still practiced law privately.

In 1786, Randolph earned the post as the Governor of Virginia. 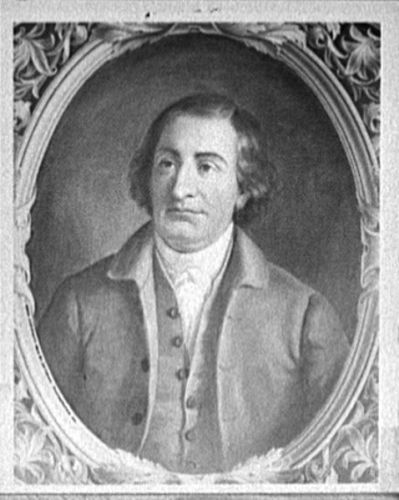 John Marshall was selected by Randolph as his student. Then he became Randolph’s law partner. When he became a governor, Randolph had his law practice.

Randolph presented an outline for a new national government with his Virginia Plan. He supported the powerful central government. Look at facts about Bill of Rights here.

In September 1789, Randolph became the first attorney general of United States.  The dispute between Alexander Hamilton and Thomas Jefferson would be solved with neutrality.

The famous case that Randolph dealt was when he defended Aaron Burr in 1807 for treason.

Are you inspired after reading facts about Edmund Randolph?

Related For 10 Facts about Edmund Randolph

Get the interesting information about the paramount leader of China on Facts about Deng Xiaoping. Xiaoping was born on

If you want to know the life of the first female chancellor of Germany, you have to check out

Those who want to know more about the notable British liberal politician should check Facts about David Lloyd George.

Facts about APJ Abdul Kalam present the ideas of the famous administrator and scientist from India. In 2002 till