If you want to know the personal life and professional life of the creator of Sherlock Holmes, check Facts about Arthur Conan Doyle. He was born on 22 May 1859 and passed away on 7th July 1930. He was the Scottish writer who wrote Sherlock Holmes, the famous detective in his fictional stories. Actually he was a physician. There were many crime novels that he made. Let’s find out more facts about Arthur Conan Doyle by reading the following post below:

His famous works were the crime novels of Sherlock Holmes. Professor Challenger was the second character that he made. It was also famous. Due to the wonderful writing skill of Conan Doyle, you can find other works in romances, plays, fiction stories, historical novels, non fictions novels and poetry. Therefore, he was called as prolific writer.

His father ended up in alcoholism. It led to the separation of the family in 1864. The kids were relocated to Edinburgh. Fortunately, the family reunited against and lived at 3 Sciennes Place.

Doyle could pursue higher education because he was supported financially by his wealthy uncles. When he was nine years old, he went to Jesuit Preparatory school in 1868 to 1970. He continued his education in Stonyhurst College until his graduation in 1875. Then he went to Austria to study at Stella Matutina in Feldkirch in 1975 till 1876. 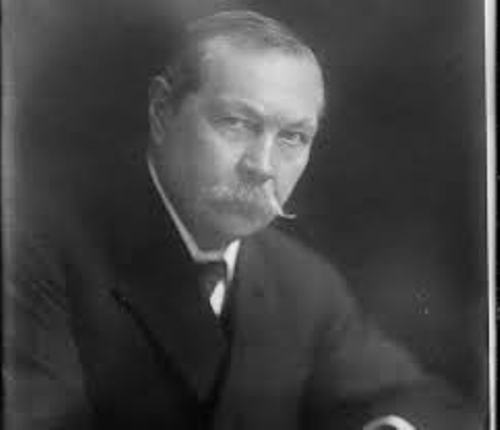 Do you know that Doyle was agnostic? He decided to reject religion after he left. However, he was a spiritualist mystic then.

Let’s talk about the medical career of Conan Doyle. As I have stated before, he was a physician. He went to University of Edinburgh Medical School to study medicine in 1976 till 1881. Check another writer in Anton Chekhov facts.

Facts about Arthur Conan Doyle 7:  “The Haunted Grange of Goresthorpe”

When he studied medicine, he also wrote short stories. He submitted his first story to Blackwood’s Magazine with the title, “The Haunted Grange of Goresthorpe”. But it was unsuccessful.

On 6 September 1879, his “The Mystery of Sasassa Valley” was printed in Chamber’s Edinburgh Journal. The setting of this story was in South Africa. Find another writer in facts about Antoine de Saint-Exupéry.

Are you impressed after reading facts about Arthur Conan Doyle?

Facts about Alexander Solzhenitsyn present the details about the Russian Historian, novelist and critic of Soviet totalitarianism. This man

If you want to know the famous American writer who created 1976 book Roots: The Saga of an American

Facts about Amy Tan talk about the famous American writer who was born on 19 February 1952.  In her

Facts about Barbara Park tell you about the personal life, early life and work life of the American author.