Facts about August Alsina tell you about the famous American recording artist. He was born on 3 September 1992 as August Anthony Alsina. This man was from New Orleans. He was famous as he signed a deal with Def Jam Recording. On 15 April 2014, he released his debut studio album with the title Testimony.  You can check his famous single with Trinidad James with the title I Luv This Shit. Here are some fascinating facts about August Alsina:

He chose to become a singer even though there is no one in the family involved with music. This man was born in New Orleans. He also had his middle school here.

The one who made Alsina sings is Lauryn Hill in Sister Act 2. He did a cover version of Lyfe Jennings with the title Hypothetically when he was 14 years old. He uploaded it on Youtube.

Alsina was very committed to music after the death of his brother on 31 August 2010. His name was Melvin La’Branch III. He was shot. In 2011, he moved to Atlanta. Find another musician in Astor Piazzola facts.

Facts about August Alsina 4: The Product

In April 2012, The Product was released. It was the first mixtape of Alsina. Actually in October 2011, he had released six acoustic covers. But they were just Untitled mixtape. 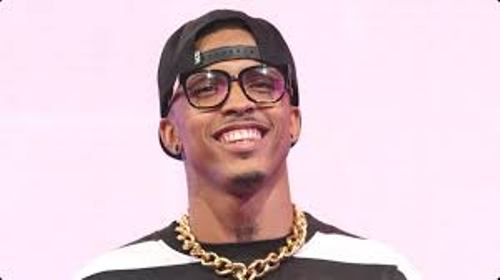 Facts about August Alsina 5: “I Luv This Shit”

“I Luv This Shit” made him famous after it was released in January 2013. Alsina featured with Trinidad James. In May 2013, he released the Product 2.

Facts about August Alsina 6: The EP Downtown: Life under the Gun

On 20 August 2013, he released The EP Downtown: Life under the Gun.  Then the audiences were able to watch Hell on Earth video in the subsequent month. Get facts about Aston Merrygold here.

Ghetto was the third single in Alsina’s EP Downtown: Life Under the Gun. It was released on 9 December 2013.

“Make It Home” is another song by Alsina.  It was released on 14 January 2014. It was the lead single in his album Testimony.

If you want to know whether Alsina’s songs are amazing or not, you have to listen to his albums. Or you can check his videos on YouTube. Do you have any opinion on facts about August Alsina?

Related For 8 Facts about August Alsina

One of the most traditional musical instruments in explained in Facts about Accordions.  Many people believe that the basic

If you are interested to know the Australian bassist, you have to check Facts about Calum Hood. In 2011,

Facts about Clara Schumann tell you about one of the most popular pianists during the romantic era. She was

If you want to know the famous singer and songwriter, check Facts about Avril Lavigne. When she was only

8 Facts about Bars and Melody