Check the interesting Facts about Brian Cox if you want to know the famous English physicist.  This man was born as Brian Edward Cox on March 3rd, 1968.   You can find him in various science programs as a presenter.  Cox has a very great career as a physicist for he serves as the professor at University of Manchester. Here are other interesting facts about Cox for you:

The scientific programs of Cox are very successful.  He gains prominence as the presenter in the Wonder series.

It is very surprising to know that Cox was a member of a band in the past.  He was in D:Ream and Dare as a keyboard player before he had his academic career.

Facts about Brian Cox 3: the place of birth

Let’s find out the place of birth of Cox. He was born in Royal Oldham Hospital.

In 1979 until 1986, he went to Hulme Grammar School in Oldham. He stated that he got D for his mathematic A-level during the Jonathan Ross Show. 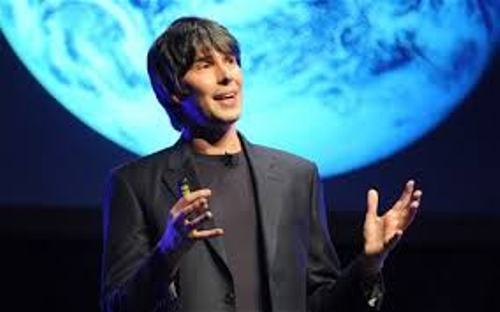 Facts about Brian Cox 5: the degree of education

Cox got Bachelor of Science degree and an MPhil in Physics. Then he went to University of Manchester to earn Doctor of Philosophy after his band split up in 1997. He focused on the high energy particle in physics. Get facts about Volta here.

Facts about Brian Cox 6: as researchers

Cox has a research on the ATLAS Experiment. He also participates in FP420 experiment.

Facts about Brian Cox 7: as an author

There are several books that Cox writes along with Jeff Forshaw. Some of them include The Quantum Universe and Why does E=mc2?.

You can find the appearance of Cox in various BBC Horizon series such as “Can we Make a Star on Earth?”, “What on Earth is Wrong with Gravity?”, “Do You Know What Time It Is?”, and “The Six Billion Dollar Experiment”.  You can also see him in different kinds of scientific programs for TV and radio in BBC. They include In Einstein’s Shadow and Wonders of the Solar System.

‘Science Britannica’ is a three part BBC series presented by Brian Cox. The series talks about the contribution of the scientists from Britain for the last 350 years. Get facts about Boyle’s Law here.

In BBC Radio 4, Cox along with Robin Ince presents The Infinite Monkey Cage since November 2009. It is a comedy science magazine program.

Do you enjoy reading facts about Brian Cox?

Related For 10 Facts about Brian Cox

Learning is fun and Facts about Conduction will give you a better insight of this heat energy transmission. It’s

If you like to study the motion of air, you have to learn Facts about Aerodynamics. This discipline is

Facts about Burning Materials talk about the burning process during fire. The process of releasing heat and exothermic chemical

Facts about Burning talk about the gaseous part of fire. The flame will burn the material. The reaction which